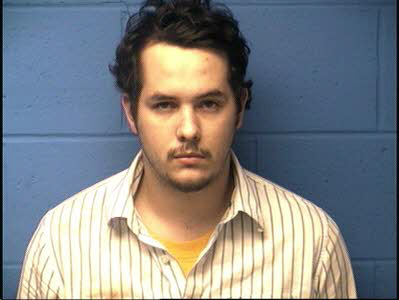 Elon University third-year-student William Lounsbury was arrested Sunday after assaulting a Town of Elon Police officer. According to the incident report, Officers James Giannotti of the Elon Town Police and Travis Sykes of the Elon University Police Department saw Lounsbury stumbling near the intramural fields around 3:50AM Sunday. Officer Giannotti stated that he was worried about Lounsbury’s health, and he and Officer Sykes decided to approach him.

According to the report, Lounsbury was polite at first, until Officer Sykes asked about the unusual shape in his pocket. Lounsbury pulled out two “shooters glasses” which had a clear plastic bag with white powder residue stuck on one of the glasses. Lounsbury then handed over the baggie to both officers, who proceeded to discuss what they thought it was until Lounsbury lowered his head and struck Officer Giannotti in the chest with his elbow in an attempt to escape. The report says both officers struggled with Lounsbury before securing him to the ground and handcuffing him.

Lounsbury’s plastic bag tested positive for the presence of cocaine, according to the report. He is charged with assault of a government official, resisting arrest, and possession of .1 grams of cocaine. Stick with Elon Local News for more information as this story develops.