Elon, North Carolina|Friday, January 27, 2017
You are here: Home » Entertainment » Reeling in the Past

Reeling in the Past 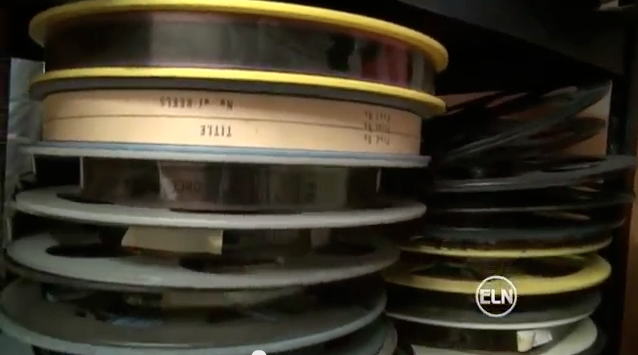 Graham Cinema, located on North Main Street in downtown Graham, was built in 1924. Owner Tim Matthews, known by the community as Tim Bob, bought the theater in 1984, and has since sold it.

“I still run it, so to speak. My son’s the manager. I look after things,” Matthews said.

Matthews is a staple around the cinema, telling jokes, working concessions, and attending to the day-to-day tasks required to preserve the historic theater that has seen everything from war to segregation.

Above the theater sits old bathrooms and an exit that were available for African-American customers only.

Other than that, few things have changed within the theater. Matthews still charges four dollars for any film that comes through the venue.

Another attempt at keeping costs down for customers? Matthews offers free refills on soda and popcorn for those who don’t mind leaving the theater during the film.

The kind of movie shown is also unique. The theater still uses 35 millimeter film instead of the digital option used by most venues.

Upstairs, Matthews collects reels from past films he’s shown, along with his own set of movie favorites including Tom and Jerry and Lassie.

But a change in the industry is forcing Matthews to change.

“We’ve gotta do it because they’re doing away with film. There will be no film after this year. It’ll all be digital, so we have to do it,” Matthews said.

Though the change will alter one aspect of the theater, Matthews insists he isn’t going anywhere.