Shutdown Felt by Current and Past Elon Students 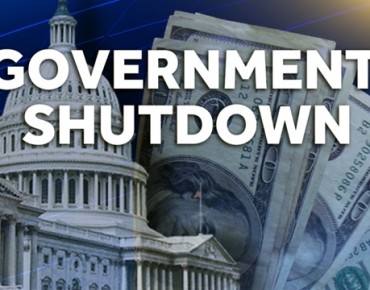 Although Washington D.C. is about 300 miles away from Elon’s campus, the impact of the government shutdown, which has gone on for a week now, is being felt by several members of the Elon community.

Junior Katie Blunt, a Lumen Scholarship recipient, is one of those people. Blunt, who is doing her research on the media’s framing of Hitler and Stalin, planned on using the Library of Congress in D.C.

“I kind of want to lay the groundwork for future research there this weekend,” Blunt said. “That’s what I was counting on.”

But her plans to spend time there researching came to a halt because of the government shutdown, since the library is funded through the government’s budget.

“I’m going to need to make several trips back there in the future,” Blunt said. “[But] to not have access this weekend would set me back considerably.”.

But Blunt isn’t the only Elon student affected by the shutdown. Senior Peter Kesaris’ dad is out of work while the Department of Housing and Urban Development in D.C. is closed.

Kesaris’ dad helps people below the poverty line find houses. Kesaris said his dad takes a lot of pride in his work and now can’t go into the office to help these people.

But even friends in Kesaris’ circle who work for the government in D.C. are also out of jobs.

One of Kesaris’ friends is Elon alumnus Thomas Berry. Berry graduated from Elon last spring and is a program specialist for the Department of Transportation.

Even though Berry is on mandatory paid vacation, he said he’s worried about what will happen when he returns to work.

“[From] time sensitive projects, and just kind of like everything from the nuts and bolts, to just running the D.O.T. on a daily basis, to the projects,” Berry said. “It’s all just going to be like pushed back, delayed, and not done at an optimal level I don’t think.”

Berry added that he and his co-workers constantly check their phones each night, monitoring whether they will have to go to work in the morning or not.

An Elon alum who works for the North Carolina Department of Health and Human Services in Graham reached out to us on Twitter and said she is on partial furlough until further notice.

While there’s no foreseeable end to when the shutdown will be over, in the meantime, projects are on hold.