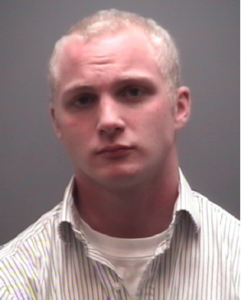 According to an Elon Town Police report, the incident took place “in the early morning of Jan. 18.” Court documents confirm that the victim is a female Elon student. She reported the assault two days later to the Moses Cone Hospital in Greensboro, where she was administered a rape test kit.

Nine days after the alleged assault, Jacob was arrested for what Lt. Perry of the Elon Town Police called a “totality of circumstances.” According to Perry, there were multiple testimonials that led to Jacob’s arrest. The results of the rape kit are not yet known.

Jacob was unreachable, but his lawyer Ricky Champion told Elon Local News of Jacob’s “not guilty” plea and that Jacob has returned home to Connecticut. Champion also said that Jacob is currently not registered at Elon due to a letter issued by Campus Police. According to Champion, the letter told Jacob not to return to campus without  the permission of a dean.

If convicted, Jacob could face anywhere from 3.5 to 15.5 years in jail. A 2nd degree sexual offense is a class “C” felony defined by North Carolina General Statue 14-27.5 which reads:

“A person is guilty of a sexual offense in the second degree if the person engages in a sexual act with another person: