‘Godfather’ of Burlington music plans to retire after 44 years

Church Street in Burlington is no stranger to local businesses. New stores and restaurants seem to open monthly, but many of them go out of business just as fast. However, there are a select few that have withstood the test of time.

Don’s Music City first opened its doors in 1968. Located on South Church Street, the store appears worn down, but perhaps that’s the reason it appeals so much to its customers. People go inside expecting to find an eclectic group of musical instruments, vintage albums, or if you’re like me, a story.

The story wasn’t so much hanging on a shelf, as it was in the man behind the operation, Don Miller.

In those days, women at the university had a curfew. They had to be in their dorms by 10:30. Without women to entertain them, Miller and his friends would head to Union Hall to play music or “jam,” as he calls it.

“That’s the way we started,” Miller said. “We were just goofing off, then Kappa Psi Nu boys started listening to us and said we’ll give you 50 bucks to play at our party in two weeks.”

The band consisted of five members, which meant $10 apiece. That was good money as far as Miller was concerned, so they accepted the offer. The party was a success, and it was immediately followed by another opportunity to play at a university dance.

“This kid from Charlotte went to the school dance,” Miller said. “The following weekend he went home, called Hit Attractions, one of the top music agencies in the country, and says, ‘You should be booking this band at Elon. They’re a bunch of white guys that play black people music.’”

This music style was called Motown and it grew in popularity throughout the 1960s. Miller received a call from an agent at Hit Attractions asking if he would send over a photo of the group, because he would like to book them for a party. Miller and his fellow band members got together and took their first official group photo. In addition, they decided on the name, “The Weejuns,” after Bass Weejuns, a type of shoe that allowed dancers to easily glide and spin across the floor. 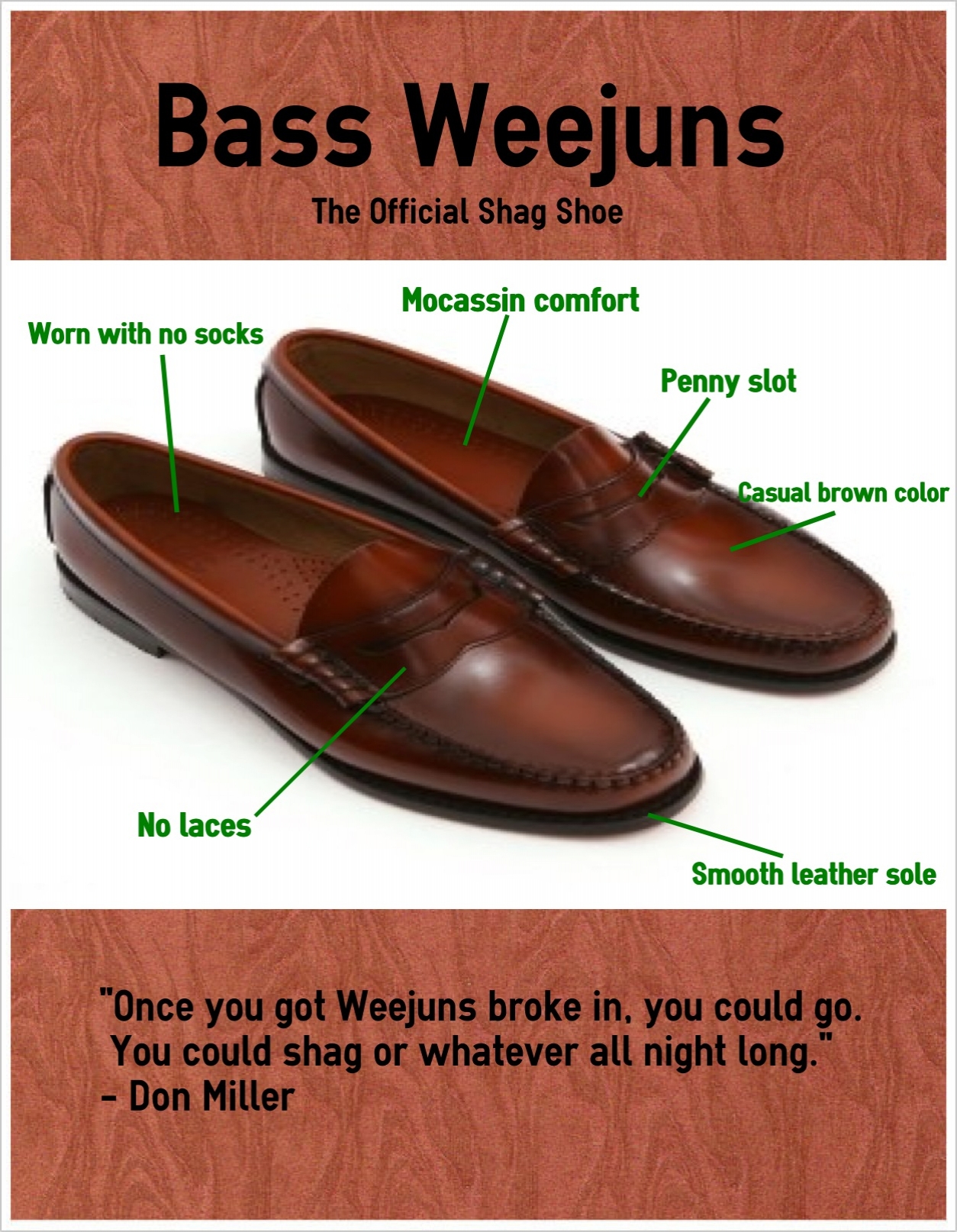 Bass Weejuns were designed after Norwegian peasant shoes. They were first spotted in Palm Beach, Fla. in 1935.

“He started booking us and it was a year or two before he ever heard us play,” Miller said. “He booked us for about 21 years. We played from Virginia Beach, all the way down to Savannah.”

Originally, Miller wanted to be a Physical Education teacher and football coach, but traveling with The Weejuns quickly changed his mind.

“When I found out I could only make 80 bucks a week and I can make that much in two nights playing in a band, I said, ‘Hey, I’ll go in the band,’” he said.

The Weejuns released their first single, “If You Say Goodbye,” in 1963. They performed almost every weekend, often working around Elon’s football schedule. Miller was a junior in college and on full scholarship to play football.

“If Elon played Saturday afternoon, then we could book a Saturday night job if it wasn’t too far away,” he said.

As if the band, school and football weren’t enough to keep him busy, Miller had the idea to sell musical instruments. He saw the success of his father’s business, Frank’s Jewelry, and decided to join his father at the shop. Frank’s Jewelry soon became Frank’s Jewelry and Music. His father would purchase the inventory overseas and Miller would sell it at discounted prices.

“We hit the ground running,” Miller said. “I was in a band and we had the best-equipped band around. And people would come up and say, ‘Where did you get those?’ and I’d reach in my pocket and give them my card.”

Eventually Miller saved up enough money to buy the location of Don’s Music City. He built the current building by hand.

“We were the first discount music store in eastern North Carolina,” he said.

Just three years later, Miller opened up his second location in Greensboro. He would later open up shops in Winston Salem and Danville, N.C.

“Back then it was so different from now,” he said. “You knew that if you worked hard, no matter what you did, you’d make money.”

Miller is unsure his business would have survived if it had opened today because of competition with the Internet and box stores, like Best Buy and BJ’s.

In the midst of it all, Don’s Music City still manages to stay afloat. Miller says his secret lies in good, old-fashioned cash.

“Our slogan is, ‘You bring us the cash and we’ll give you the best deal.’ We don’t have to worry about a check bouncing or credit cards, “ Miller said.

According to Miller, everything in his store is paid for. This is a rarity among small business owners today, who typically look to the bank to borrow money and end up in serious debt. In addition, he guarantees that each customer gets what he or she paid for, as opposed to buying on the Internet where there is a level of uncertainty.

Still, Miller believes the main reason local businesses are struggling to stay open has nothing to do with money or competition.

“Burlington just ain’t what it used to be,” he said.

It’s a truth that Miller hates to admit.

“It was a thriving community. Main Street was Main Street, all of the people were there,” Miller said.

As he prepares to retire from Don’s Music City, Miller can’t help but remember the band that started it all.

“We would just play, sing and laugh with each other,” he said.

Today, each member of The Weejuns has a spot in the Beach Music Hall of Fame and Don Miller has earned the nickname, “The Godfather” of Burlington music.

On their way back from Chicago, The Weejuns experienced car trouble. They were forced to spend the weekend in a small town in Kentucky. A local bowling alley owner overheard them practicing and decided to book the band for a gig that night. Miller describes the experience.