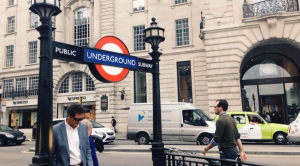 Elon students studying abroad in the Middle East and in London are adjusting to their new lives away from Elon for the Fall Semester.

Unexpectedly, a part of that transition is the threat of international terror from ISIS.

ISIS is a jihadist terror organization that carries out its plans through violent acts.

Videos were released in August and in September by ISIS, confirmed by the White House, which show the executions of two American journalists.

On Aug. 29, British Prime Minister David Cameron raised the security threat level from “substantial” to “severe” meaning an attack is likely, but that there is currently no evidence to support an immediate attack.

On Wednesday, September 10, President Obama is set to address the nation with a forward plan for ISIS. In a recent interview with NBC, President Obama called ISIS “a serious threat” and that the U.S. will “hunt down” ISIS “wherever they are.”

Shanna Van Beek is the International Program Advisor for both the London and Middle East study abroad programs and said that Elon is up to date on all international security matters.

“We’re always keeping our eye on the situation. We get OSAC reports-Over Seas Advisory Council-we get those twice a day and so if anything shifts, we’re aware of it as it happens,” Van Beek said.

If there were to be an emergency situation, Van Beek said that Elon has a plan in place for action that includes emergency phone numbers and contacts to keep students safe.

“Obviously not the most comforting thing to hear as an American, but again, I haven’t felt unsafe at any point,”  said Elon Junior Rebecca Rosenblat.

With the security information in mind, Rosenblat looks forward to her semester in London while also knowing that she may need to take safety precautions along the way.