Allied Church worker relates to those he serves 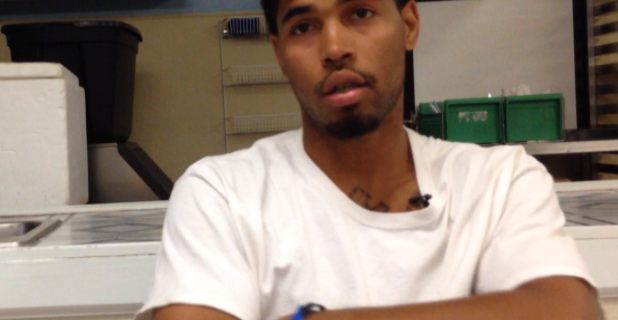 National Hunger and Homeless Awareness Week occurs the week prior Thanksgiving; according to a statistic issued by the Center for the Carolinas, there are 144 people affected by homelessness in Alamance County.

“I could’ve been out on the street because I didn’t have a way to go,” Allied Churches worker Marcus Sowell said.

Sowell is a maintenance worker at Allied Churches, helping the people who are somewhere he almost ended up.

“I just feel the biggest empathy and respect for everybody who can get up and still want to live after sleeping on the ground,” he said.

When Sowell was younger, he ventured out on his own and struggled with finding a job and keeping steady housing.

During this time in his life, Sowell said he relied on his friends.

“I just turned to those people who were in my corner; who’ve always really been in my corner,” he said.

Sowell admits that if he hadn’t had friends to turn to.

“I would’ve probably been here [Allied Churches]. There’s nowhere else to go,” he said.

Working at Allied Churches, Sowell sees his life from a different perspective. “I mean, it’s just made me so much more grateful because we’re busy out here wanting more and they just want some,” he said.

With this perspective and his previous struggles in mind, he gave some advice to those he serves. “If you just hold on and keep going, keep pushing … you can get up out of here. You just work. You will get somewhere.”