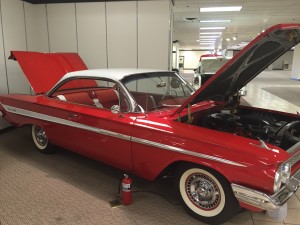 Car enthusiasts gathered for the sixth annual Hotrod, Car, Truck and Bike Show between Feb. 6 and 8, to raise funds for Sam’s Wish Fund at Kids Path Of Hospice, a local charity that grants wishes to children with serious and life threatening conditions.

Sam’s Wish Fund, established in 2009 by the efforts of “The Tricky Ricky Memorial Ride,” is set aside to help children and their families in Alamance, Orange, Chatham and Caswell Counties.  Sam’s family believes that her spirit lives on through the fund, which is in memory of Samantha Harvell who passed in 2008.

“Sam didn’t want anybody to forget her name so, this was a way of sort of keeping it alive and helping other kids in the same situation,” said Tina Cates, Sam’s aunt.

Through these local events, thousands of dollars are raised to fund special children’s dreams as well as their medical needs. 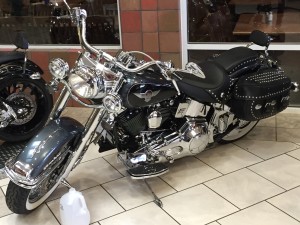 “All of the money goes to children that are terminally ill there, that Kidspath are dealing with.  We do things like, we’ve sent a lot of children and their siblings because they’re not getting to do anything either because of medical bills.  So we send the siblings, the children, and their parents all to Disney World,” said Doug Shambley, founder of The Tricky Ricky Memorial Ride.

Whatever the child’s dream, Sam’s Wish Fund strives to make it a reality, but it’s all made possible through donation and sponsorship.

“This gives them not only the chance to have their wishes granted, but it gives them hope and it lets them know that people they don’t even know are supportive of them and what’s going on in their life,” said Allison Nichols-Clapper, co-chair corporate sponsorship & activities for Sam’s wish fund.