Elon set to take on Towson in CAA tournament

The Elon University men’s basketball team earned the No. 8 seed in this weekend’s Colonial Athletic Association Men’s Basketball Championship. The Phoenix begin play on Friday, March 6, at 6 p.m. against the No. 9 seeded Towson at Royal Farms Arena in Baltimore, Md.

Here is a look at the the full bracket: 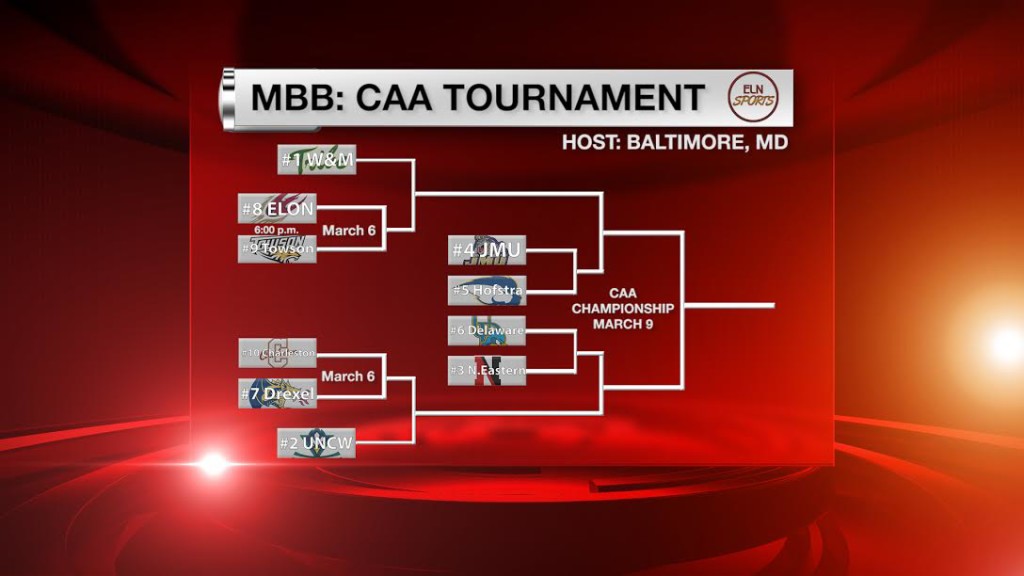