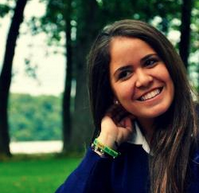 Gabriela Rosales, the first-year student hit by a car on North Williamson Avenue in mid-March has just been transferred to WakeMed where she will begin her rehabilitation process.

According to her CaringBridge site, Rosales was transported from the UNC hospital on Thursday, April 23 in order to begin therapy. The post also indicated that Rosales will receive therapy between three and five hours each day.

The last update, on April 12, said Gabriela had been gaining strength by moving her arms and legs, although not fully awake. Her family and doctors are hopeful she will continue to get stronger each day.