Elon student reports he was held at knifepoint

According to an email sent to students by Smith Jackson, Vice President of Student Life and Dean of Students, an Elon student reported that he was held at knifepoint Friday, August 28, at 12:30 a.m. as he was walking on West Trollinger Ave. 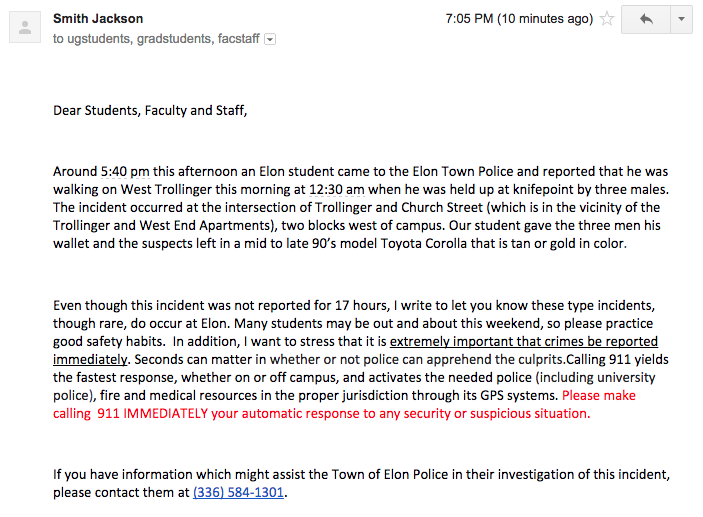 Jackson said the University also received an update about the home invasion on Morgan St. that students were notified about this morning in another email from Jackson.

The home invasion occurred at about 2:10 a.m. Friday morning in the 100 block of Morgan St., in the neighborhood Morgan Place Community a block away from the Station at Mill Point.

Along with that email, Jackson sent a list of tips for students to stay safe: 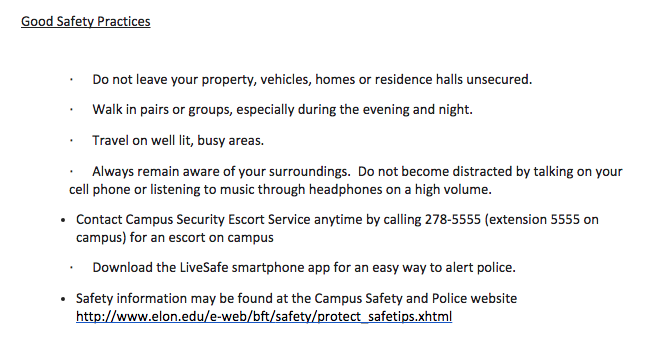