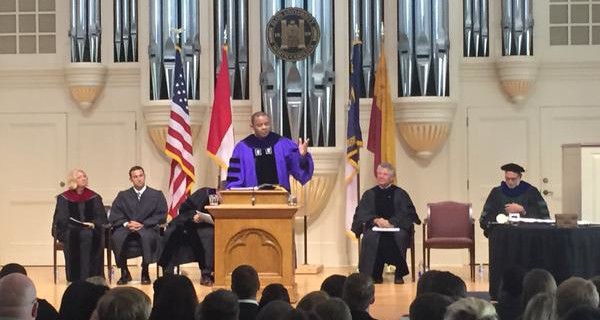 The ceremony formally introduces them to the Elon School of Law. Much like Elon’s new student orientation for undergraduates, each student received an acorn to symbolize the beginning of their educational growth at the university. Because of the smaller class size, all students had the chance to individually walk onto the stage, have their names announced and shake the hands of Law School Dean Luke Bierman and Provost and Executive Vice President Stephen House. 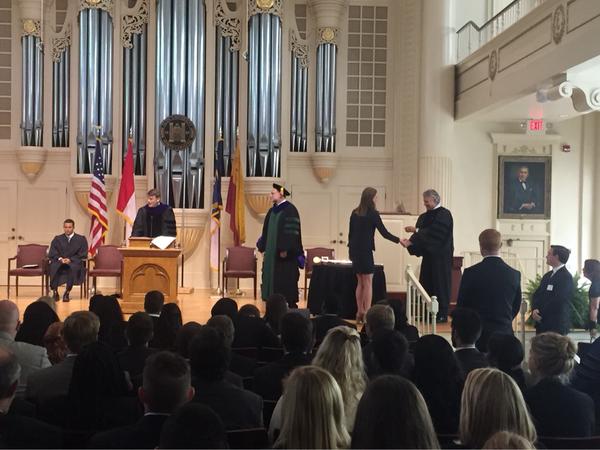 Bierman said the law school chose Foxx because of his history in North Carolina and his story about how he changed after law school.

“There is a group that thinks about who are appropriate folks to talk to us about lawyers and leadership and Secretary Foxx came to the top of the list pretty quick,” Bierman said.

Foxx’s speech focused on the power of the law to either serve or inhibit the people of the United States and the responsibility of future lawyers to ensure that they use the law to serve.

To explain how the law can change, he told his family’s story which is lived in North Carolina for five generations. He said the law once allowed his great great grandmother to be sold as a slave allowed him to be the first in his family to attend law school.

Foxx closed his address by asking the students to think about what they will do once they graduate law school and the ceremony ended with Bierman wishing the Class of 2017 luck.

This was Bierman’s second convocation as dean and he said he’s looking forward to seeing how the newest class will help the law school grow.

“Just as the first class that entered the school 10 years ago came in and helped us build the school, we’re really hoping that this group will help us build this new groundbreaking and transformation approach to legal education,” he said.

The Class of 2017 starts their two and a half year program at the law school’s campus in downtown Greensboro on Sept. 8 after an introduction session that lasts from now until Sept. 2.