Governor Pat McCrory and several legislators celebrated the preservation of historic tax credits in front of a large crowd at the Burlington Depot this afternoon. 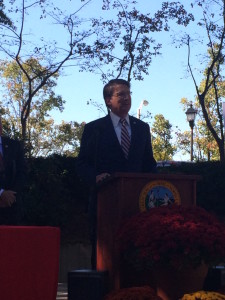 The historic tax credits bill provides incentives to taxpayers that contribute to the preservation of historic buildings. The governor believes that this legislation represents a breakthrough in political cooperation.

“This proves that North Carolina government can work if we hear from the people,” McCrory said.

Properties in North Carolina are eligible for these incentives if they are listed in the National Register of Historic Places. One of these listed properties was the White Furniture Company, which received tax credits to help renovate the building. McCrory said that this incentive helped transform an area.

“Who would have imagined in Mebane, North Carolina, brand new residential being built at the price point that they were asking for and it selling and providing a whole new type of family living for people throughout North Carolina,” McCrory said.

Stephen Ross, an N.C. Representative and Elon University graduate, agreed with McCrory that the legislation is “an investment in all of North Carolina.” Ross also believed that the abandoned furniture building in Mebane was able to be turned into something that could contribute to the community, with the help of historic tax credits.

Ross said that the incentives help “take a section of Mebane that literally has no activity and transform it into apartments, activity, and jobs.”

According to a press release from Governor McCrory, more than 2,400 projects have been made possible by the historic tax credits in the past.

The renovations and improvements in historic buildings were a necessity on McCrory’s political agenda because of the impact the buildings have on the town itself.

“Families want to see main street and if main street is full of blighted buildings and decay, it is going to raise a red flag that the whole area is full of decay and blight and doesn’t have a future. That’s unacceptable,” McCrory said. 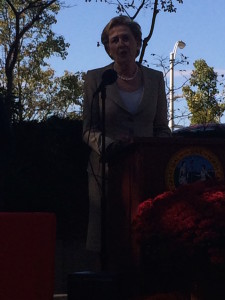 Before the legislation was passed, McCrory took a tour of North Carolina to evaluate which areas could benefit from a historic tax credit plan. Joining McCrory on the tour was Susan Kluttz, the Department of Natural and Cultural Resources Secretary, who received praise from the governor for being the backbone of the legislation.

“I am very proud of Secretary Kluttz,” McCrory said. “We had a few tough cabinet meetings when initially some legislation was introduced and past to eliminate this. We came into our cabinet meeting and Secretary Klutz and I got together and said, ‘No way. We are going to fight this and reverse this.'”

Kluttz said that after banding with McCrory to pass this legislation and tour across North Carolina, it became apparent that historic tax credit would significantly benefit the state.

“We had to do everything we could to preserve and save because they (historic buildings) are our history,” Kluttz said.

At the end of their tour, McCrory and Kluttz made 73 stops at various historic locations and sites across North Carolina.

Kluttz said that accompanying McCrory on the tour confirmed her notion that “he understood the importance of historical tax credits.”

After McCrory spoke about his hopes for the future involving historic tax credit, the governor signed a proclamation declaring October 14, 2015 as Historic Tax Credit Day Reviving Downtowns in North Carolina. To view the proclamation, click here. 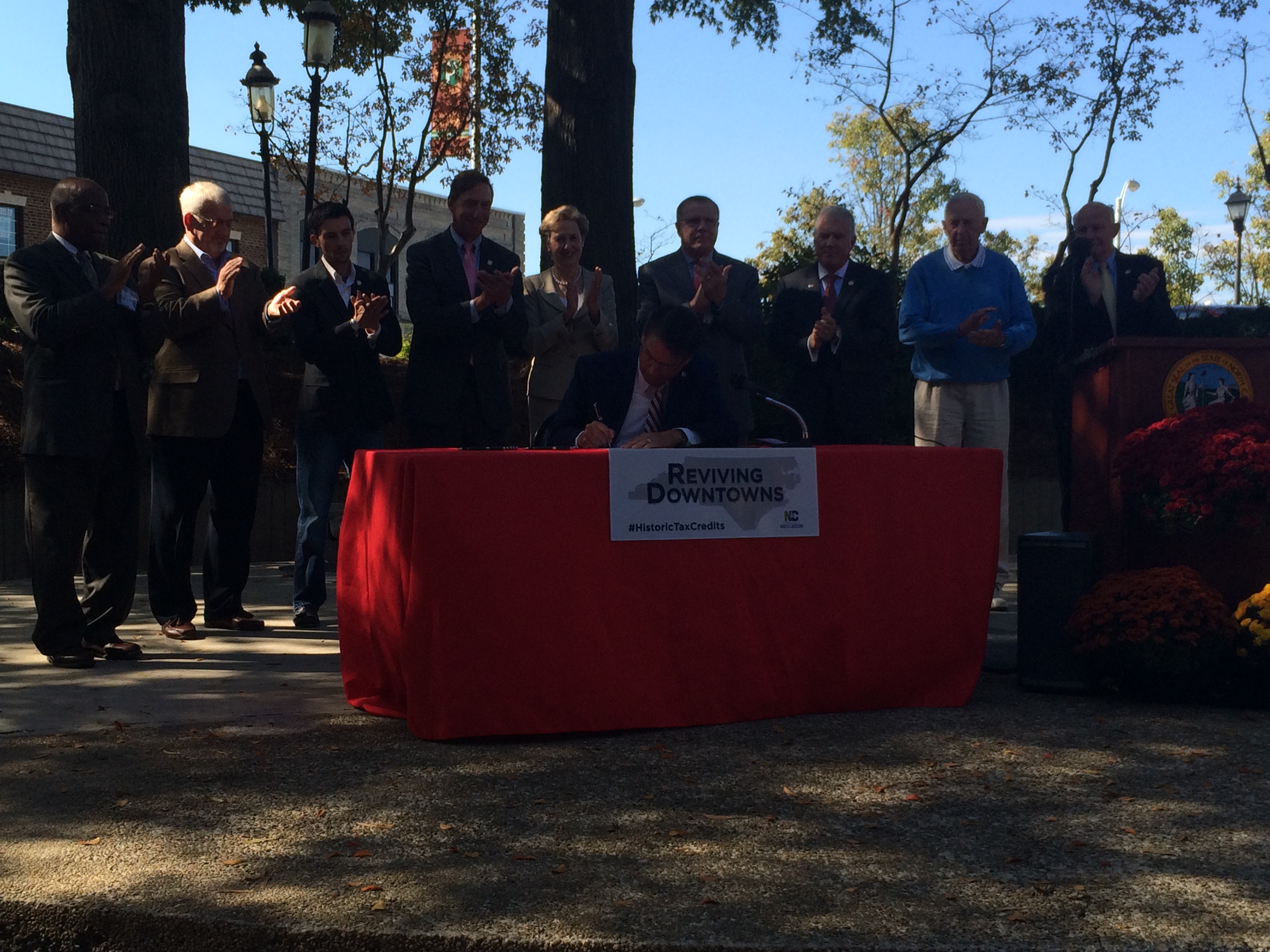 Legislators and mayors of various North Carolina counties were asked by Governor McCrory to join him as he signed the proclamation.